The 1st annual meeting of the COST Action CA18212 "Molecular Dynamics in the GAS phase" (MD-GAS) was held in Caen (France) from 18th to 21st February 2020. The meeting was organized by the CIMAP laboratory (CNRS, CEA, ENSICAEN, and University of Caen) and it was hosted by GANIL, the French national facility for ion beams.

The three-and-a-half-day meeting was divided into nine plenary sessions, in which a total of 31 invited speakers presented their research. Additional two sessions were dedicated to the Young Scientist Forum where eight early stage researches presented their work. A total of 30 posters were presented during three evening poster sessions. The 2nd MD-GAS Management Committee meeting and Kick off meeting of three Working groups also took place during the meeting. In addition, a visit of the GANIL facility was organized.

From the scientific point of view this meeting was very successful. It represented a very fruitful combination of theoretical and experimental contributions giving the 97 participants (including 29 young researchers) from 23 countries a chance to engage in fruitful discussions on their results and scientific ideas leading to new projects and collaborations.

The detailed program of the meeting, the book of abstracts and the full list of attendees can be found here.

Thanks to all sponsors! 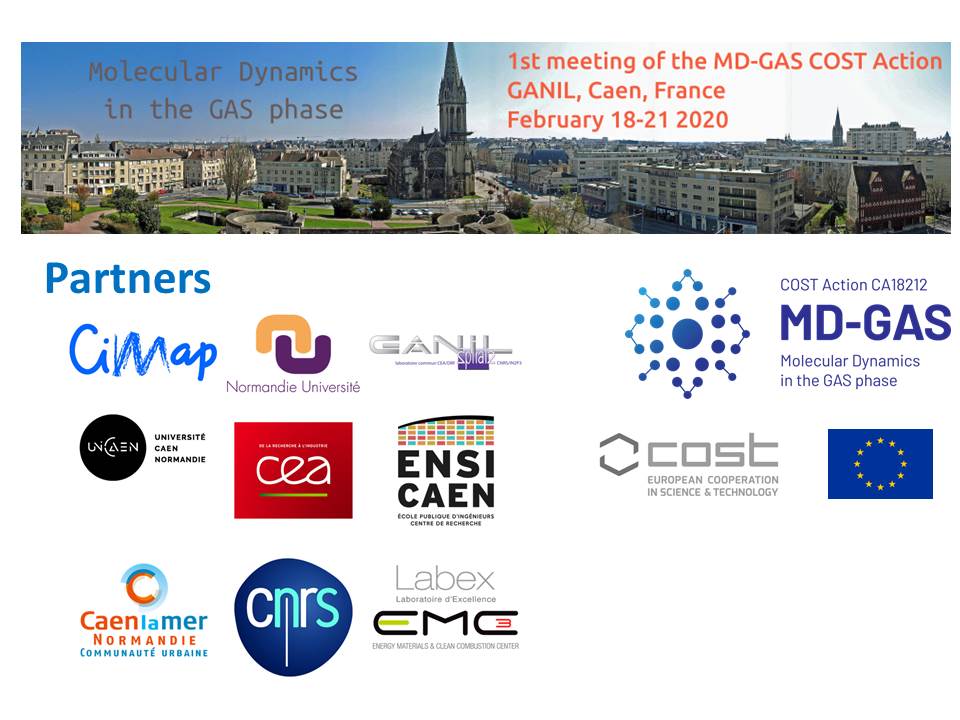